Life of luxury: 4 hotels that really give the wow factor

At some point, all of us have dared to consider what life would be like at one of the world’s finest hotels. But what actually makes a hotel the best? We have vague preconceived ideas of an idyllic location with scintillatingly-designed rooms and even better facilities and food. In truth, it is far more difficult to measure a hotel’s worth properly. By presenting you with a range of recommendations however, we can give you an insight into some of the best hotels the world has to offer.

If ever a hotel demanded an Instagram post, the Qualia does.  Located more inside of, than on the edge of, the Great Barrier Reef, the Qualia strives to immerse its guests in the surrounding landscape. Floor-to-ceiling windows invite the ocean in, and locally sourced and crafted wooden guest beds combine with decorative stone to create an authentic-feeling abode. Relaxation is at the heart of the hotel’s ethos, and in-house yoga classes and spa treatments are evidence of this. Perched on the French Riviera, the Hotel du Cap-Eden-Roc is a renowned retreat for A-list actors attending the Cannes Film Festival. Evocative of the Baroque style that was typical of French kings Louis XV and XVI, the hotel is sumptuously decorated. Complete with gilded mirrors and furnishings, the décor really is a sight to behold. The thirty-three cabanas that line the rocky French Riviera allow guests a tranquil sea-side sanctuary if they happen to grow tired of the preposterous wealth on show within their hotel.

What makes the Hotel du Cap really special is the conveyor belt of stars that have stayed there over the last century. The hotel hosted the lavish parties that are synonymous with the Lost Generation of American writers. F. Scott Fitzgerald visited, and Ernest Hemingway not only visited, but immortalised the hotel forever as the Hotel des Etrangers in his novel Tender is the Night. Since then, the Kennedy’s have spent their summers there, and everyone from Winston Churchill to Mick Jagger has checked-in. Lying directly across the Grand Canal from the Santa Maria della Salute is the Gritti Palace – a 15th century palazzo that has been the beneficiary of a £36.5 million renovation. As you would expect of a former residence of the Doge of Venice, the suites are replete with invaluable antiques, paintings and fabrics. The food is a highlight; ingredients are collected from the city’s Rialto Market and prepared with true Venetian flair. Like a schoolboy’s idea of a high roller’s bachelor pad, the sky villas of the Palms Casino resort in Las Vegas, are ostentatious and extravagant. The focal point of the room is the glass-enclosed cantilever pool that extends out onto the Strip, giving the occupier a surreal sight of the lights of Las Vegas. A rotating bed, a private lift, and a dry sauna are just three of many indulgences that the sky villas’ house. Surprisingly, the Palms is also home to a recording studio that some of the most successful artists of all time have used – Jay Z, Madonna and Lady Gaga to name just a few. Don’t be tricked by the timeshare salespeople, the Palms is more luxurious than any timeshare in Vegas. If you do end up buying a timeshare, get a timeshare worth estimate before you attempt to sell it to get the best value. 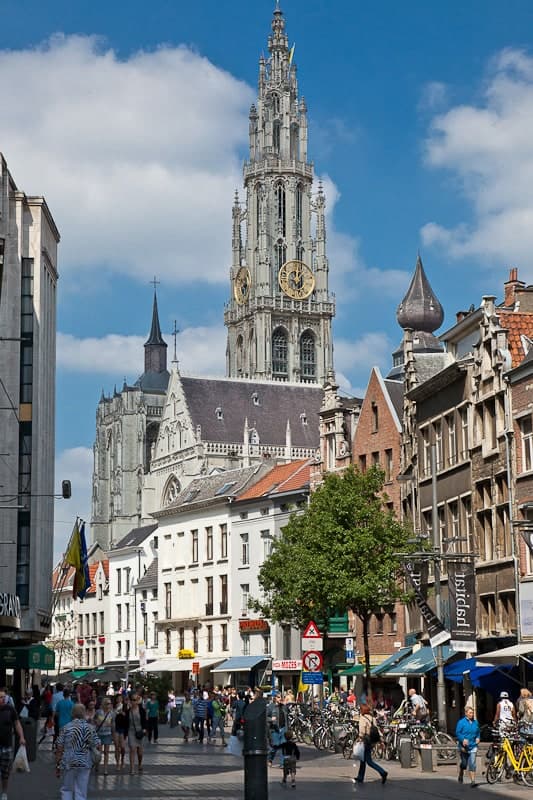 A short break in Antwerp, Belgium